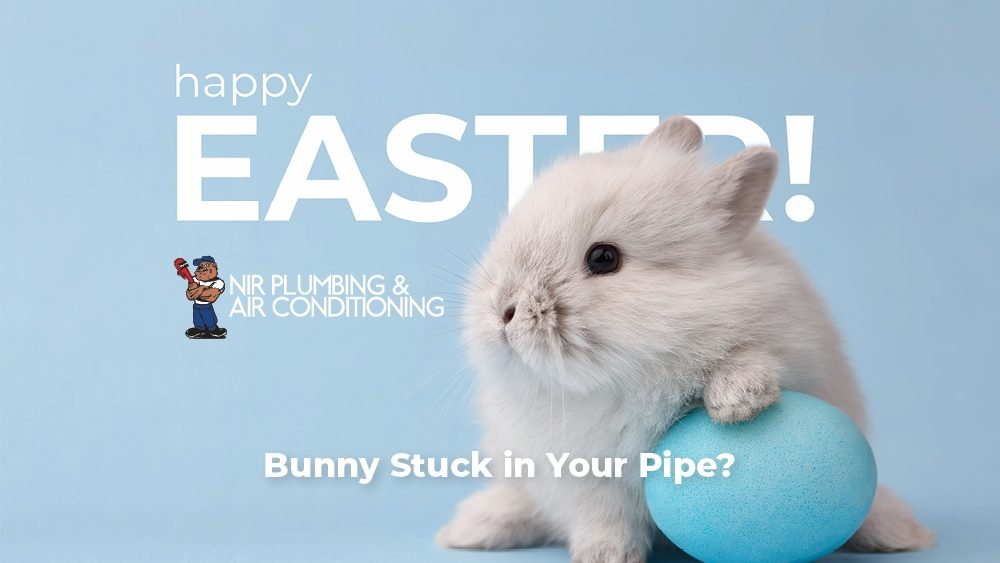 Is There A Bunny In Your Pipe? Weird Things Found In Pipes 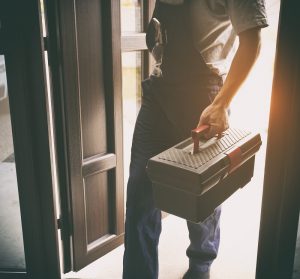 In light of the upcoming Easter festivities that will be celebrated around the world, the NIR Plumbing team will be writing about interesting things people have found in their pipes. Will a bunny make a special appearance in this article? At NIR Plumbing, we provide plumbing services in the Inland Empire…so you don’t have to pull the bunny out yourself!

In our Thanksgiving blog, the NIR team discussed things to avoid putting down your drain so you don’t accidentally end up with a clog. We talked about how fat, oil, and grease (FOG) could damage the functionality of your drain. But, those are common things expected to find their way into your drain at some point. What about the other items? We’re talking absurd, silly and, sometimes, frightening items people have come across.

We’ve curated a wonderfully entertaining list of unique things that have been stuck in people’s pipes. Let’s take a look at the following items by category:

Does your toilet need a haircut? One family got the ultimate surprise when they found out why their toilet was backed up. As the plumber ran a snake down the pipe, the toilet began to shake erratically. Apparently, the owner’s cat swiped the clippers into the toilet! The snake happened to switch on the clippers, which strangely worked after the entire ordeal.

Change of scenery for the shower curtain. A grandfather relayed his experience as a young man and owner of a roadside motel. The motel was old and had plumbing that was equally as old. This required regular visits from plumbers. Once, a toilet was clogged after a guest checked out of one of the rooms. The owner called a plumber, but this clog was more stubborn than usual. A plumbing snake couldn’t even budge the clog. The plumber eventually opted for the mechanical claw at the end of the plumbing snake and eventually recovered a full-sized shower curtain from the toilet!

Everyone in the room was confused until the housekeeper next door called them about missing shower curtains. Turns out, the plumber was serious about this treasure hunt and somehow grabbed the neighboring shower curtain. What’s even more interesting is that they never did find the original clog.

Talk about a toilet bomb. In 2016, a plumber in Tennessee found a military mortar while working on pipes underneath a home. The police got involved, responding to the “unexploded ordinance” by quickly clearing the scene. It was realized after the fact that the unexploded mortar wasn’t actually dangerous. The mortar was likely there when the home was constructed, though it’s unclear why.

So, maybe NIR plumbing has yet to remove a bomb from someone’s drain But, we do offer a variety of services with a trained team of professionals! Contact us if you’re in need of plumbing services in the Inland Empire!

Keeping things civil. Plumbers in Mississippi managed to uncover a large Civil War cannon shell. Sewer systems in older cities usually rely on antiquated mains that contain an entire series of strange objects. Given the history, this cannon was probably abandoned for over 150 years. Specialists from the Army were called in to retrieve the shell.

Badger of honor. In Scotland, plumbers found a live badger in the sewer line during a routine drain cleaning. Yes, the badger was alive. Thankfully, their badger friend made a full recovery after his rescue.

Duck, duck… toilet? Five baby ducks were found off the gold coast of Australia. After falling into a drain, the five fluffy baby ducks were rescued by Australian firefighters who had to lower themselves down the drain and into the sewer to fetch the babies. The mother duck lingered nearby waiting for the firefighters to return her babies. Every duckling ended up safe and happy upon reuniting with the family at the end of the day.

Cat-and-mouse. This is a play on the old cat-chasing-mice game. A group of employees working in an auto shop heard meows for days before discovering the cries were coming from an open underground pipe outside the shop. Yes, there was a kitten in the drain. After several failed attempts at releasing the kitten, the employees were able to flag down a professional plumber who was conveniently passing by. The plumber was able to gently retrieve the kitten from out of the pipe using the lowest setting on the vacuum truck. And, just to turn on the waterworks, the kitten was adopted by one of the mechanics at the auto shop!

Onto the mice! In the plumbing business, plumbers refer to feminine products as “sewer mice.” These products should never be flushed down the toilet, as cotton doesn’t decompose. Yet, these products contribute to many clogged drains around the world, causing expensive damage to septic systems.

If you feel that you might have some mice clogging your drain, NIR offers our plumbing services in the Inland Empire. We’ll remove any mice, and other products, that are causing your drains to back up!

How much wood would a woodchuck chuck if…? For the most part, water flows through our main water lines day in and day out without issue, but sometimes a sprawling root system can wreak havoc on pipes. Yes, we’re talking about thirsty trees. Tree roots naturally seek out water and, sometimes, the roots find that water source in leaking plumbing pipes. In fact, four plumbers in the Chicago area removed a 30-foot monster root from the main water line!

The Washington quarters. We’re talking $12,000 worth of quarters. That’s right: $12,000! Upon learning that the gravity line was blocked up in a customer’s home, a plumber was called to assess the situation. What he found was a weighty amount of quarters creating the blockage that filled up two 5-gallon buckets! The strange thing is, to this day, no one knows where these quarters came from.

Diamonds really are forever. Case 1) A plumber in Detroit was cutting out an old drum trap when they heard something rattling around in it. However, the plumber forgot about their find and when they cut the drum trap open almost a year later, they found a 4.6-carat diamond!

Case 2) A plumbing crew was in the midst of a two-day project for a customer when they noticed a shiny object fall to the ground from a sewer line. The shiny object turned out to be a custom-made diamond ring that the customer’s daughter had lost over ten years ago. Apparently, she placed it on the counter, near the sink, and wasn’t able to find it since… that is, until now.

Paved with gold. Apparently, Switzerland sewage pipes are the place to search for gold. Researchers recently evaluated 64 municipal wastewater treatment plants throughout the country and found that small amounts of gold and silver that people lose to toilets and drains add up. The estimated worth of Switzerland’s “treasure” pipes adds up to almost three million. The price to retrieve it would be too great, but the knowledge is still interesting even for us Californians. After all, wasn’t the Gold Rush a thing for us back in the day?

At any rate, if you’re in need of plumbing assistance, NIR Plumbing offers plumbing services in the Inland Empire. We might not have a Gold Rush 2, but your drains will be happy, and happy drains means happy house!

Popsicle? Try again. When temperatures run cold, plumbers are actively working on frozen pipes that have burst, but when this Washington D.C. plumber received a call about a main sewer backup, he didn’t expect this surprise. The plumbing team learned that the sewer line had frozen solid and the section of pipe with feces in it would need to be cut out and replaced. When the technician removed the pipe, he found a poopsicle, or a frozen slab of ice with poop also frozen in the center. Yikes!

Sweet tooth cravings. When an older gentleman found himself with a clogged toilet, the plumber was called to take a close look at the pipes. What did he find? Both upper and lower dentures! The customer wondered where his dentures went. Apparently, he had a little too much to drink the night before and, well, you can guess the rest!

Going day-drinking. The owner of a business walked into pools of overflowing toilets in each restroom. Evidently, a worker tried to flush bottles of alcohol down the drain after he drank them. I suppose we didn’t get the memo that coffee, water, and tea are no longer in style for office settings.

Simply un-beer-lievable. Talk to the flabbergasted plumber who unclogged a drain that was backed up by a complete six-pack of beer. How was the customer able to flush a six-pack down the drain? Did the customer drink the beer after the six-pack was recovered? There are some questions in life that should be left unanswered, and those are some of them.

We hope you enjoyed this read! If you’ve ever found a strange animal or object stuck in your pipes, how did you handle it? (Did you handle it, or is that bunny still stuck in that pipe?) At any rate, aren’t we all glad plumbers exist!

At NIR Plumbing, our team of professionals is always available to help you at no additional cost! If you’re in need of plumbing services in the Inland Empire, be sure to contact NIR Plumbing today!

No one plans for their drains to get clogged or their pipes to burst or flood; it could be an inconvenience. That’s why NIR Plumbing is available 24/7/365. We want to ensure that your holidays, and every other day, can be enjoyed in peace! If you’re in the Inland Empire, be sure to contact us with any plumbing emergencies any time of the day. We’re proud to offer our plumbing services in the Inland Empire!